Siankope - Down by the Riverside

On the Sunny Side of The Street 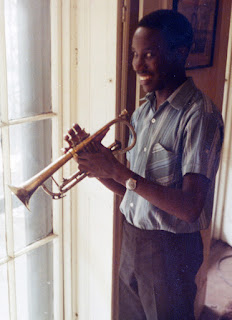 Yes sir , I got New Orleans in my heart. That`s me back in new Orleans and  blowing on Satchmo ´s trumpet. What `s Jazz without Loui. New Orleans was lucky to have brought up the greatest showman ever. 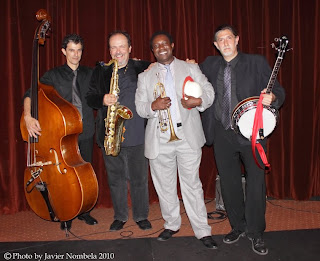 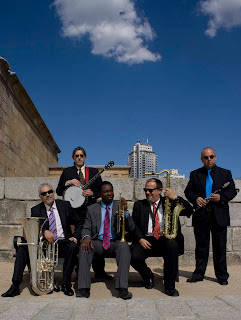 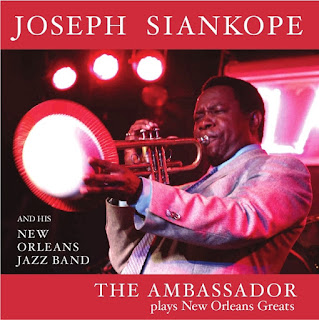 SIANKOPE JAZZ & more
Madrid, Spain, Spain
Joseph Siankope leads his  New Orleans Traditional Jazz Band - trumpeter and  singer was born in Zimbabwe in 1964. He began his musical carrier with the Neptune Jazz Band of Zimbabwe in 1975.  Having as a point of departure the musical experience of his childhood from the African villages and the rural way of life, this talented artist merges African traditional instruments and singing with conventional jazz tunes thus recreating  the early  New Orleans jazz sound. He is specialized in early classical Jazz. Siankope was awarded Honorary Citizen of  the City of New Orleans on the 6th of May 1984 at Preservation Hall. Allan Jaffe the founder of the Preservation Hall heard Siankope blowing on Louis Armstrong ´s original trumpet. Jaffe liked his sound and bought him a cornet so he could preserve that old sound from Mississippi.  Since then Siankope  has been performing in jazz festivals throughout Europe and America. 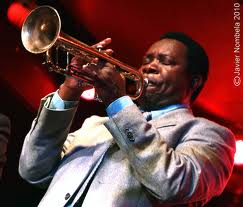